We can’t increase your budget [again]

For most of us in fundraising, doing more with less has been the mantra for years.

Even if your budget is flat, your expenses are going up. Paper, postage, people – they all cost more today than they did five years ago. So a “flat” budget actually means a smaller budget.

At the same time, most nonprofits are expecting growth. And you are on the front lines of delivering increased revenue.

In his famous (or infamous, depending on your opinion) 2013 TED talk, Dan Pallotta stated that the nonprofit industry’s intensive focus on overhead – fueled by industry watchdogs and public expectations of frugality – squelches innovation and makes risk a four-letter word.

And yet, it’s the circumstances that we face each and every day.

We’d all love to swing for the fences, throw caution to the winds, boldly go where no fundraiser has gone before. But in today’s fundraising environment, we are more often called upon to minimize risk while searching for opportunities to drive greater revenue.

How can we accomplish both? Let us offer up a few solutions.

As often as not, when it comes to direct mail, many organizations mail everything to everyone and hope for the best. One of our colleagues calls it the “spray and pray” method of fundraising.

But doesn’t it make more sense to mail an offer to a donor based on what he or she really wants, rather than what you want to mail?

Offer assignment modeling allows you to identify exactly which donors will be most responsive to each of the specific packages and offers you already have in your arsenal – premium vs. non-premium, for example – making your mailings more donor-centric and more effective.

Based on the model’s guidance (and fictional numbers) 2,100,000 pieces of mail were assigned to less expensive Package Q rather than costly Package R.

The impact? Campaign expenses go down while revenue goes up.

One of our clients now uses a THD offer assignment model on a regular basis. So far, the use of this modeling tool has reduced campaign expenses by $240,000 which is helping to contribute an additional $529,000 in annualized net revenue to their program. 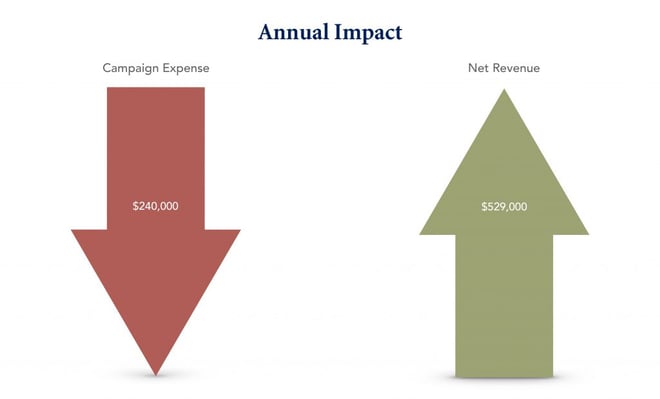 As you know, most event participants are one and done.

They may choose to run a charity marathon once … maybe even twice, even if they’re really passionate … but they’re certainly not going to do it over and over again. The fact is, they’re a whole lot more interested in the marathon than your charity, so they’ll be easily captivated by the next big event or opportunity.

And the kind and generous people who sponsor them?

They’re even further removed from your mission. Your cause is barely on their radar, because they’re giving to the people who asked them.

With conversion modeling, you use all the available data – plus plenty of added enhancements – on this large (and growing) pool of “warm” prospects to identify people that could become long term financial supporters. That way, you’re effectively mining for direct responsiveness within a sea of people that would otherwise never return to your organization any other way.

At the same time, you have the opportunity to suppress those event names that aren’t likely to embrace your mission and become direct response gift-givers.

Prospects for the selection came from a variety of events including an annual walk and other community based events. Based on these test results, the model is now in full roll-out for 10 direct mailings a year. 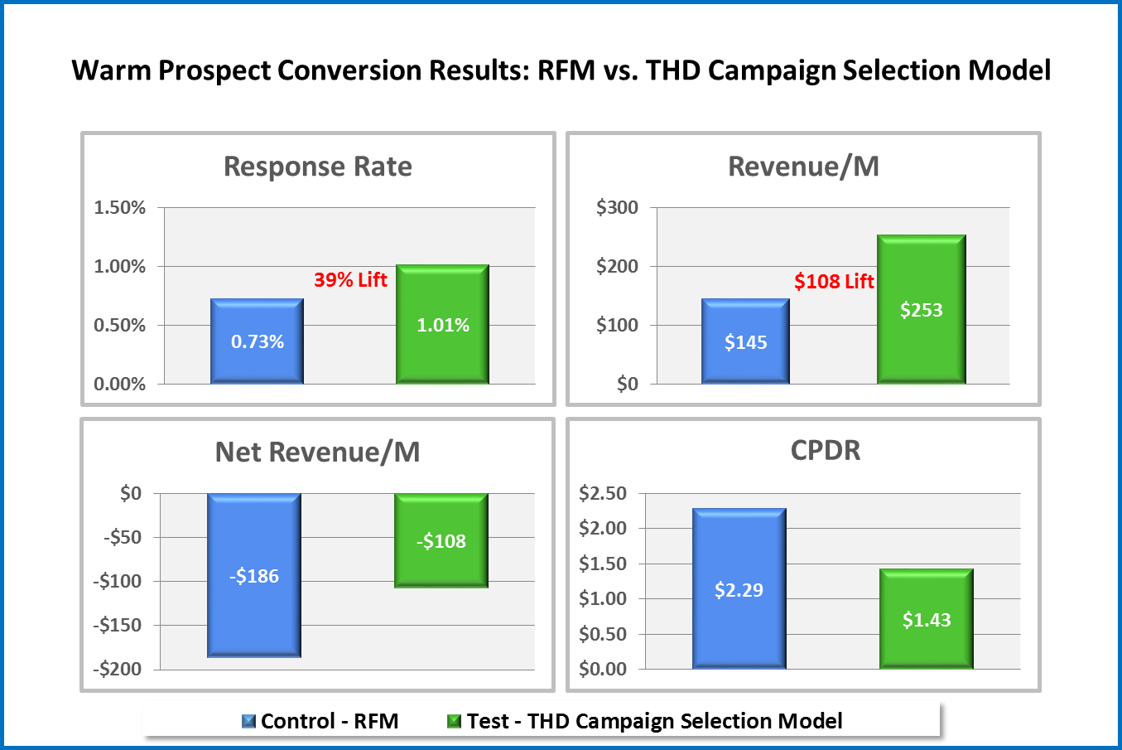 Yes, postage and paper costs are increasing. But if your organization can gain some production efficiencies – say, by ganging your appeals with others for greater printing power – you may be able to reduce your per piece costs.

But … and it’s a big but … production savings are finite.

For one client, we did such a great job finding significant, year-over-year production savings that we were able to actually self-fund program growth.

But at some point, even with all the purchasing power in the world, production savings are not sustainable.

There are some solutions that we like to call lobster traps – once you walk into them, the door snaps shut behind you and you can never escape.

It’s an extremely attractive option for generating short term revenue. And if you’re given a Sophie’s choice – cut acquisition or add in another appeal – it’s often the best solution.

But once it’s done it can be very difficult to undo. And if revenue expectations increase every year, where does it end? When your renewal file is receiving mail every other week? Every week? It’s a slippery slope that may impact retention rates over the long term.

Investing in the digital channel

Today, snail mail represents more than half of all total fundraising – and nearly 93% of individual donations. It is, despite reports to the contrary, very much alive.

But it’s sure tougher than it used to be. We all know that it costs significantly more to raise a dollar than it did ten years ago. That the nonprofit market place has increased exponentially. 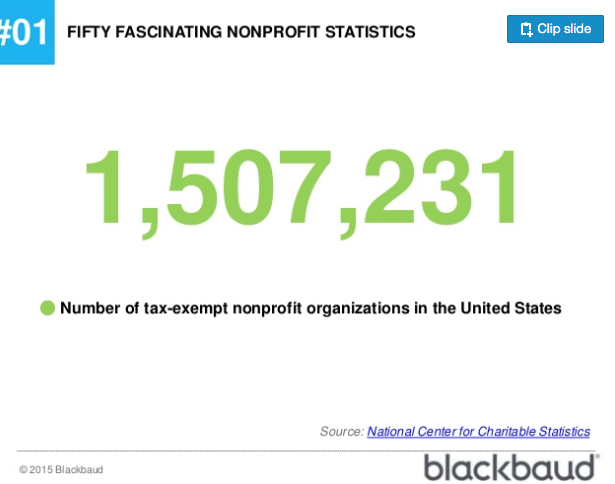 And that some of our most reliable supporters (the Matures, born before 1945) aren’t being replaced by younger direct mail responsive donors.

And then there’s digital.

While the digital channel hasn’t replaced direct mail, and probably won’t for many years, there is no doubt that it has changed the landscape of fundraising and donor engagement.

We know that donors who respond in more than one channel have a higher lifetime value. That’s reason enough to invest. Even better, it develops relationships with donors who are engaged, passionate, and most importantly, under the age of 75.

Most organizations continue to seek out ways to effectively monetize digital media beyond email. There have been a few hugely successful viral campaigns (think Ice Bucket) and influencers such as Ashton Kutcher and One Direction have raised tens of thousands through Twitter campaigns.

But those are one-off opportunities that are difficult, if not impossible, to replicate with intent.

What we do know is that digital can be executed quickly, budget can be controlled, and that testing and learning can be done in real time. That it is the fastest growing fundraising channel since, well, direct mail. And that it is the channel of choice for the next generation.

Stake your claim to revenue 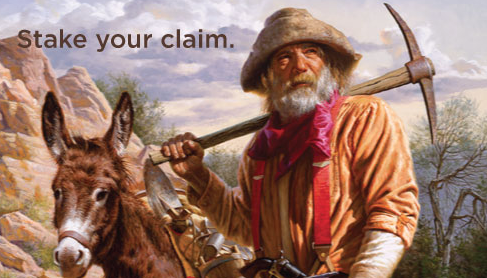 There may be revenues that you are indirectly responsible for, and it’s imperative that you stake your claim to them.

One nonprofit organization just rolled out with unique URLs on all DM packages in order to track revenue directly attributable to mail pieces – and quantified more than a million additional dollars in online revenue.

And that doesn’t even begin to capture the long term value of these multi-channel donors, which is far higher than those who give in one channel only.

Looking at organic online revenue is more complex, but it can be done through analytics. For one client we were able to show that 5-8% of their organic new donors received an acquisition mail piece before going online to make their gift.  And that stat was consistent over a 3 year study. Without the mail, those donors may not have been prompted to consider giving to this charity.

You may also want to look at how many people moved from “mass market” to major giving. Or how many of your planned givers came from the mail. It’s all about showing how your revenue has increased even if it hasn’t contributed to your program’s bottom line. 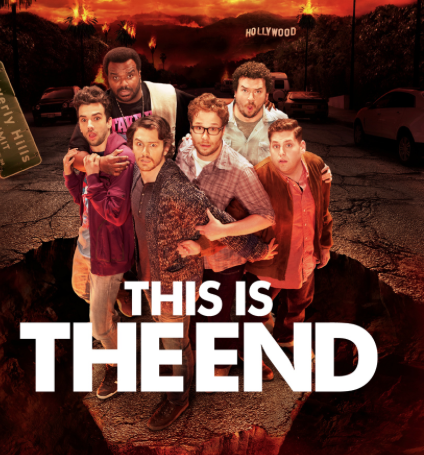 To recap, here are just a few ways that you can deliver increased revenue year over year... even when your budget remains flat.

1. Use modeling to target the right people

4. Invest in digital with your direct mail savings